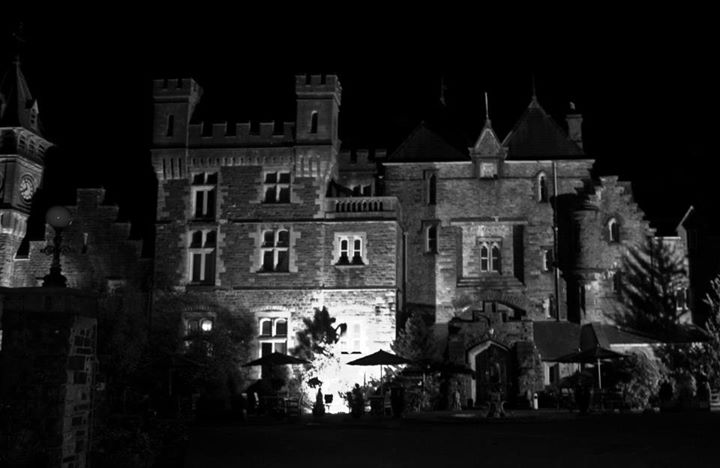 A program of adding telephones and TVs to all the rooms and smartening up corridors and communal areas generally is ongoing. Progress on the phones was delayed by problems with a sub-contractor, who promised a fully installed and working package. They collected a £50k advance payment via a finance deal, and then failed to ever install a fully working phone system in all the bedrooms. We waited a year or so while their subcontracted engineers ran wires everywhere and puzzled over the complexity of the building and thick walls. When they eventually gave up and left, we took the main contractor to court.

However we failed to satisfy the Judge that the system was not ‘fully’ installed. We did eventually end up with 37 out of the 47 phones originally contracted for, though most were not actually in the bedrooms where I wanted them. But we do have a lot in communal areas. Sadly the cost currently works out at £4,477 per working phone!

These sorts of things do go on in business. One small plus is that the firm’s subcontractors became sufficiently confused and laid wiring for a further 40 or so phones, which were not initially stipulated in the contract for the hotel rooms. This arose because we discussed with the installers, as we went around the building, what would need to be allowed for in subsequent phases of the installation, including phones in communal and public areas.

The subcontractors, rather than speak to the main contractors, then opted to do some of this additional work, ahead of completing the contract for the first phase. It did make sense to the people physically doing the work, but the net result was we ended up without connected phones in our rooms and about 90 lots of cabling to various points of the building, without phones attached to the ends. We can therefore complete the installation ourselves, eventually, for all 90 phones but in hindsight we should have employed a different contractor or done it ourselves. We have increasingly found sub-contractors are either sub-standard, or unreliable or both. The good ones are just VERY expensive. In straitened economic times we are unwilling to spend our limited resources to employ expensive contractors. For certain specialities such as electrical wiring which we cannot do ourselves nor certify ourselves we have no choice but to fork out tens of thousands - the fire alarm system alone has probably cost us about £50k by now. Everything we touch needs a complete re-wire. But at least we can now do much of the building work ourselves, including most of the plumbing, tiling, plasterwork, carpentry and so on.

One good thing about the whole phone saga is we now know enough to finish the job ourselves. Indeed we could happily source, supply and install an identical phone system that a large firm will sell you for circa £50k, for around £10,000 plus VAT - if anyone is interested!

Our rooms will gain phones and internet etc, slowly, as part of a general carpet replacing and floor replacing project in the corridors. A recent re-carpeting of the en-suites enabled us to connect more phones. However some rooms still do not have phones. Mobile phones only work outside the front gate as there is no mobile signal.

You can see our list of rooms here (start with room eleven and scroll through from room to room). You will find in the individual room description it says whether there is a phone, or not. For internet connection, there is WIFI in the public areas, but for the bedrooms you need to connect with a cable to the PC slot in the back of the phone. Spare cables are available at reception - or bring your own cable.