The large Billiards & Music room was re-decorated a few years back with a colour change from various shades of green to light blue and white.

The Billiard room has since been repainted in creams and gold.

2011 saw new oak flooring replacing the old carpet but it does now need sanding and re-oiling. The walls throughout the interior probably need repainting on a more regular basis than we currently achieve.

A few leaks in two corners were discolouring the ceiling and the walls facing the Country Park. So in January 2017 we re-roofed the music room roof and gulleys, and we took down the interior plasterwork and insulation on the walls facing the Country Park as they were soaking wet behind the plaster. We rebuilt the internal walling and insulation using a damp proof membrane against the external stone wall to prevent further damp ingress.

We found most of the water was coming from the roof and soaking into the walls. The roof is now re-covered in a firestone rubber surface, gauranteed for 20 years.

The function room and music room was redecorated for a second time in gentler colours, during February and March 2017. It is currently in use for breakfasts, as an evening dining room for B&B guests (for non-dog owners), and as a night time disco and party room for weddings. 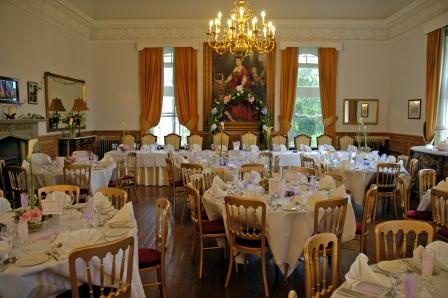 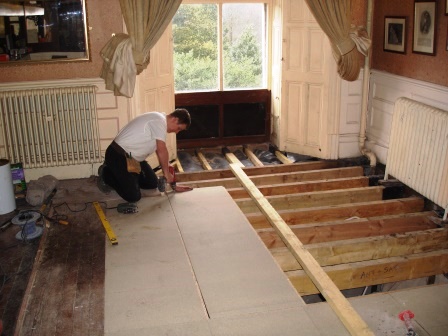 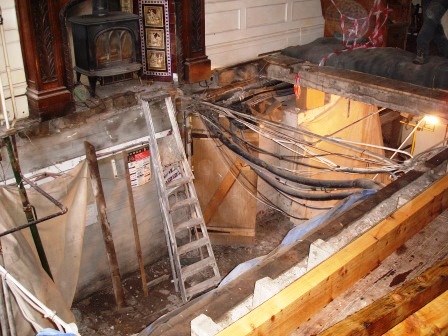 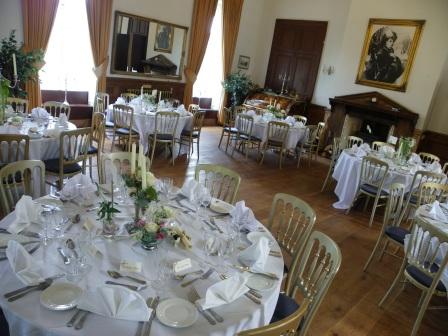 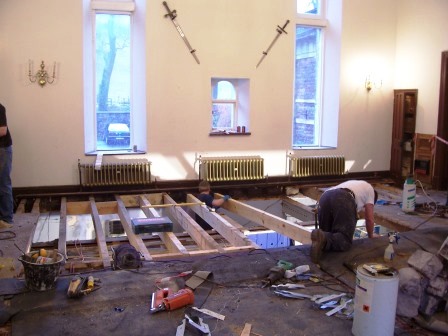